Three authors’ quotes inspire my work today. What is powering yours?

“There is something you find interesting, for a reason hard to explain because you have never read it on any page; there you begin. You were made and set here to give voice to this, your own astonishment . . . Write as if you were dying. At the same time, assume you write for an audience consisting solely of terminal patients. That is, after all, the case. What would you begin writing if you knew you would die soon? What would you say to a dying person that would not enrage by its triviality?”

–from “A Writer in the World,” in The Abundance, HarperCollins 2010 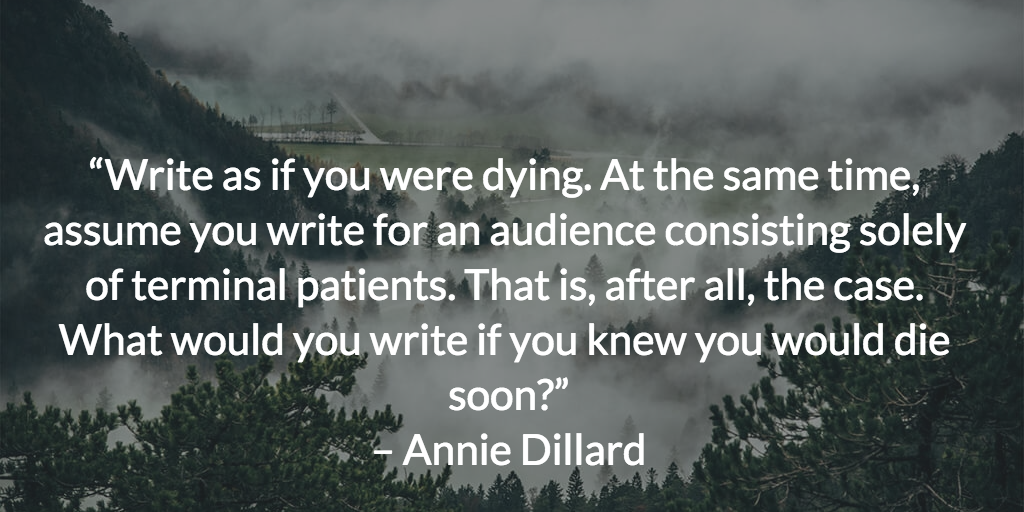 “Goofy as my story was, as soon as I started telling it I vanished. The classroom did too. So did the other kids. And that vanishing. Lost in the doing. Ego gone. What happens when this happens. Who are we when we’re gone. This mystery has shone at the heart of my love for fiction writing from the moment Jesus ran to His house and ate His breakfast. Flannery O’Connor said: ‘No art is sunk in the self, but rather, in art the self becomes self-forgetful in order to meet the demands of the thing seen and the thing being made.’

–David James Duncan, “De-bore-HA!” in God Laughs and Plays: Churchless Sermons in Response to the Preachments of the Fundamentalist Right (The Triad Institute, 2006) 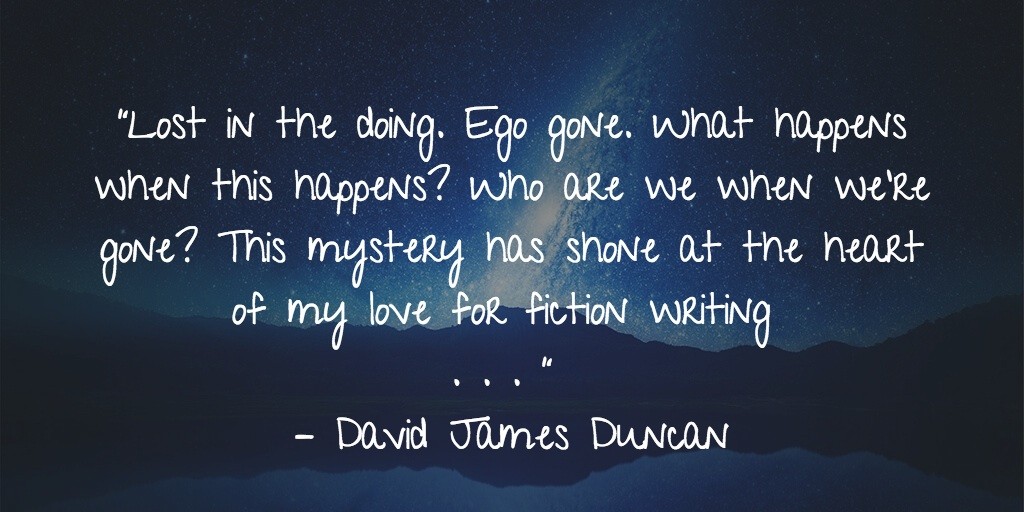 –Ursula K. Leguin, “Crowding and Leaping,” in Steering the Craft: Exercises and Discussions on Story Writing for the Lone Navigator or the Mutinous Crew (The Eighth Mountain Press, 1998) 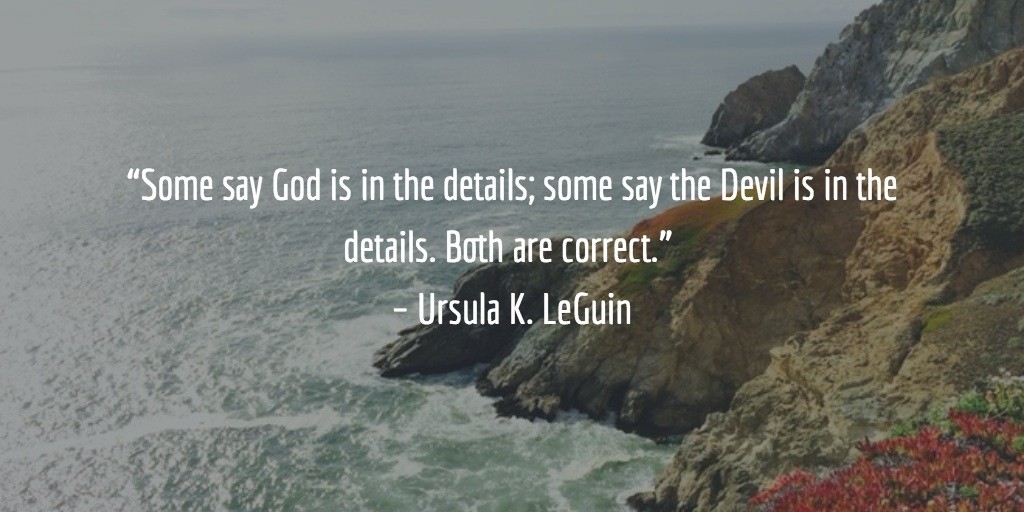