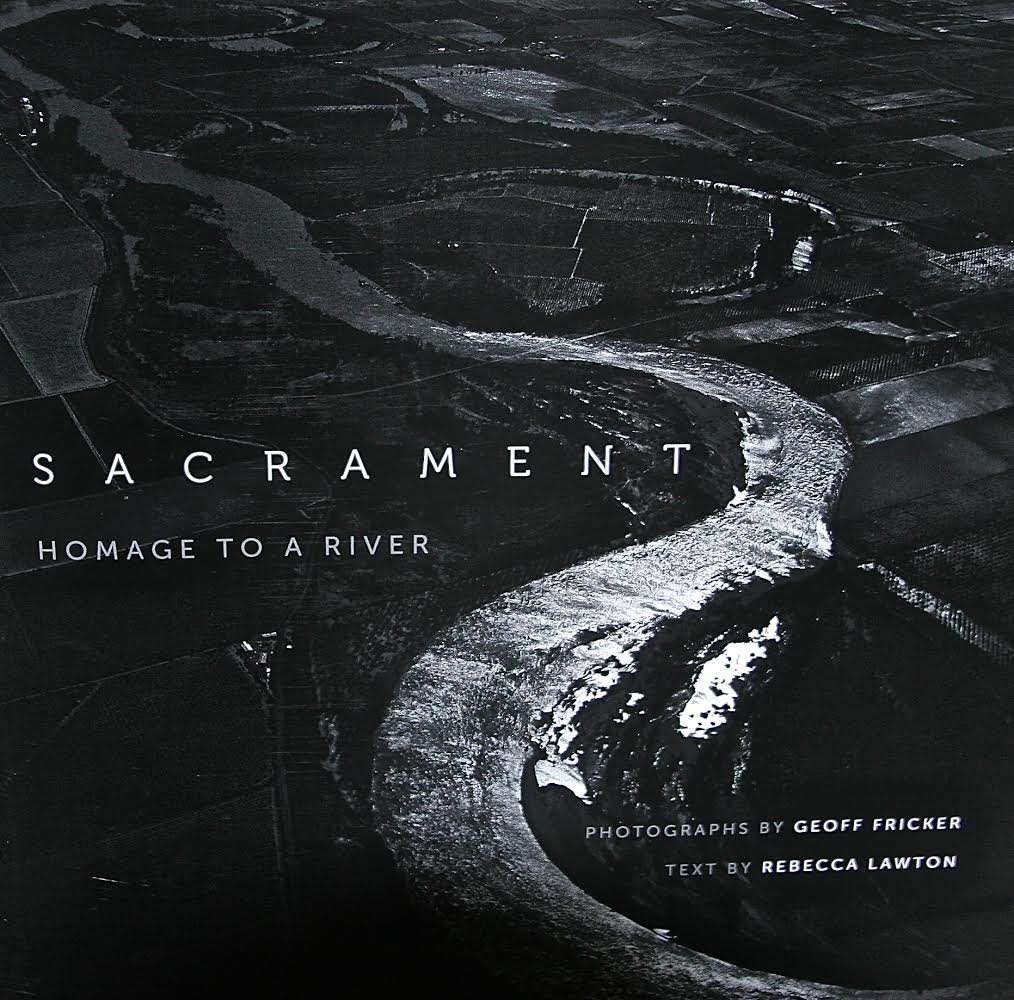 The soul of California's largest river.

''Geoff Fricker shows us the Sacramento River in a way that nobody has ever done, and Rebecca Lawton eloquently urges us to take a view that is at once practical and reverent. The great river of California is honored by this fine book.''
– Tim Palmer, author of Rivers of California

(You can buy a signed, discounted, hardbound copy of Sacrament here.)

In Sacrament: Homage to a River, Geoff Fricker's atmospheric photographs reveal the geology, salmon runs, fluvial morphology, and human impact of the Sacramento River. In dreamlike black and white, the river takes on mythic proportions, in both its wild eco-systems and its human-made influences. Interwoven with Fricker's images are Rebecca Lawton's eloquent descriptions of the beauty of the river and the issues that currently surround it.

''The publication of Sacrament is perfectly timed. As eloquently discussed by Lawton and beautifully photographed by Fricker, the exploitation of the Sac has continued uninterrupted for nearly two centuries. With the misguided rush to build huge export tunnels under the Delta, we are poised to embark on one of the largest and most destructive projects ever. The eloquence and beauty of Sacrament in describing civilization's gains, the Sac's losses, and the natural values of the remnant waterscape provide a welcome reflection upon, and counterweight to, the philosophy of 'more'.'' – Bob Center, former Executive Director, Friends of the River

Each page is an expression of the authors' fascination with and care for ''the Sac,'' Sacrament is both an emotive exhibition of the wonder of California's largest waterway and a cautionary tale of its continued degradation.