Where do the 2016 Presidential candidates stand on climate? The recent podcast on National Public Radio on Why Our Brains Weren’t Made to Deal with Climate Change convinced me to re-post this quick trip into the 2016 Presidential candidates’s brains on this pressing issue. Take thirty seconds to read short quotes from each Prez hopeful, below. If you’re intrigued, go to the links to read more.

If you, like me, want a current survey of those whose hats are still in the ring, read this paper, In Their Own Words, published by the League of Conversation Voters. For an excerpt from the Introduction to the paper (updated April 1, 2016), read on:

The next President must create real and lasting solutions that cut carbon pollution while creating a clean energy future that continues to improve the economy and creates jobs. As they hit the campaign trail all the presidential candidates have an opportunity to demonstrate exactly how they would do that. Below is a selection of quotes and coverage of how the announced candidates (and potential candidates) from both parties have spoken about the science of climate change, and their plans, if any, for tackling this historic challenge.

About Ted Cruz: “During a January 19, 2016 campaign stop in North Conway, New Hampshire, Sen. Cruz said, ‘Climate change is the perfect pseudoscientific theory because it can never, ever, ever be disproven.'”

About John Kasich: “Kasich has an evolved, halfway position: Climate change is real and humans contribute to it, but measures to combat it have to be economically realistic.” 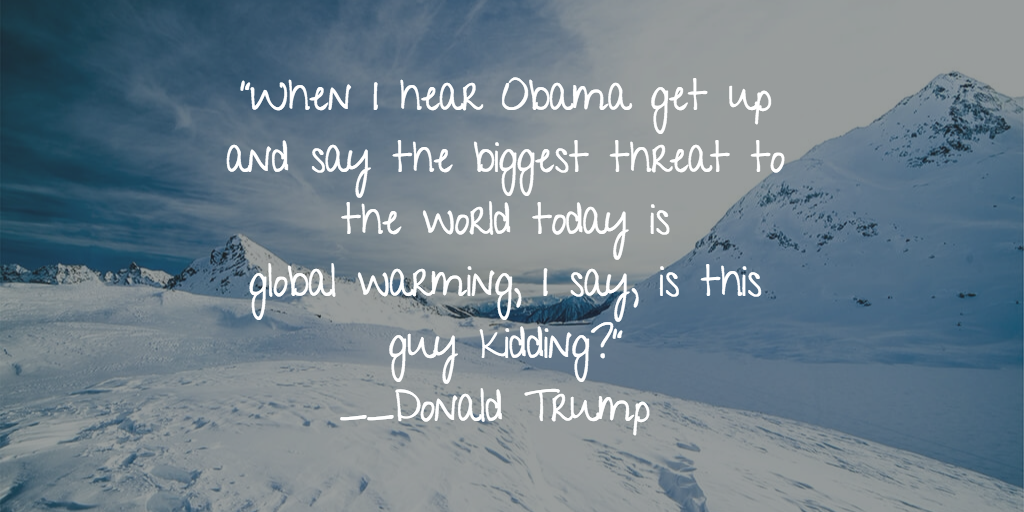 About Bernie Sanders:“Today, the scientific community is virtually unanimous: climate change is real. It is caused by human activity, and we have a moral responsibility to transform our energy system away from fossil fuel to energy efficiency and sustainable energy and leave this planet a habitable planet for our children and our grandchildren.”

About Hillary Clinton: “I have been very clear that combatting climate change is not only the right thing to do, in order to preserve our planet [and] to deal with the threats that it poses, but it can be a very smart economic approach as well.”

Candidates’ positions with graphics and pics

Other, online articles with graphics and tables that I found enlightening also follow.

“There’s no question that climate change is the most pressing and globally significant scientific issue for the US over the next four years, and the candidates’ stances on it range from outright denial to staunch environmentalism.”

A quick survey, from the days when Rubio was still stumping.

“At first glance, there are just two groups of presidential contenders when it comes to climate change: those who think it’s real and urgent, and those who don’t.”

“Some [candidates] call it a hoax and oppose government action, while others have called for sweeping change.”

If you’re wondering where the full range of candidates fell on the climate issue, check out NPR’s table!

Haiku of the day:

Sunlight on the head
of a pin blinds my left eye,
obfuscates my right